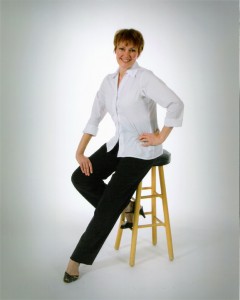 “Miss Paula” as her students know her, began her dance training seriously at the age of eight at the New Hampshire School of Ballet (Russian and Bournonville techniques) and at the Nashua School of Ballet (Cechetti Method) in New Hampshire and at the Boston School of Ballet under E. Virginia Williams in Massachusetts, Performing in the Boston Ballet’s NUTCRACKER SUITE with Arthur Fiedler conducting for two years. She began teaching at the age of 15 at the Salvation Army and Pease Air Force Base Youth Center, and took two summers of Dance Teachers’ Training from the Dance Teachers’ Club of Boston. Accepted as a dance major at the age of 16 at Adelphi University in Garden City, Long Island, NY, she performed with the Adelphi Dance Theater until moving to Manhattan to join a company and continue her dance training. There she was able to study ballet at the Joffrey and American Ballet Theater schools, jazz with Luigi and modern at the O’Donnel-Shur Studio. She was also fortunate to have studied with such greats as Gus Giordano, David Howard, Merce Cunningham and Celli.

Aside from daily classes in ballet, tap, jazz and partnering while growing up Paula also managed to study dramatics with actor/producer/director Michael Davids which led to many roles dancing , acting and singing with his New Hampshire Children’s Theater and the New Hampshire Repertory Theater. She is also an accomplished artist and has won numerous awards for her artwork over the years. You may have seen her detailed pastels at local festivals, at Dr. Felton’s office, or on the studio walls.

Upon moving to Atlanta in 1979 she studied dance at City Center (also known as Terpsicore). Having earned her license in Massage Therapy that year at the Swedish Institute for Massage and Oriental Studies in NY she continued to train and became a Certified Neuromuscular Therapist, co-founding the Neuromuscular Center of Atlanta with Therapist Jim Gabriel until a car accident briefly changed her plans. During her recovery she began teaching in Conyers at the Mimi Hutson Dance Studio in 1986 and purchased the business when Miss Mimi retired in 1988 after 49 years of serving the community.

After another 10 years of renting space from Miss Mimi, the studio moved to West Avenue and became known as Dominy School of the Performing Arts, Inc., expanding to include International Dance, Drama, Music, Voice and Martial Arts to its class offerings. We now offer classes through Zoom and we are grateful and humbled by God’s magnificent provisions for us and look forward to the years ahead!